MindLeaps is a 501(c)3 organization based in the United States and working in post-conflict and developing countries to permanently decrease the number of street children. According to Founder of MindLeaps and FLOBEL Advisor Rebecca Davis, street children do not simply need food and shelter handed to them. They need a comprehensive program that can reform their aggressive behavior from street life and equip them with skills that are in demand in their country’s labor force – thereby opening the way to employment and self-sufficiency. MindLeaps administers a three phase 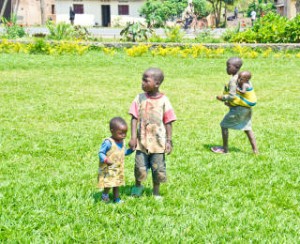 approach to help street children develop their mental skills. First, the organization uses dance to “catch up” street children bringing them to a normal level of cognitive development while shaping their behavioral transformation from aggression and survival to optimism and discipline. Secondly, the organization equips them with the vocational skills needed to leap forward in life.  Lastly, youth who have participated in phase one and two receive multi-year sponsorship to attend boarding school in their own country thereby breaking the poverty cycle in their family. Davis tells Nectar News that the future of MindLeaps lies in growing its model to rehabilitate and re-integrate street children through multiple sites in Rwanda, followed by replicating the model in other post-conflict and developing countries – especially across the continent of Africa where dance is often a huge attraction to youth. FLOBELAadvisor Nicole Johnson recently spoke with Davis about the history of and community response to MindLeaps in a special in a special Nectar News interview.

NJ: When you established the connection between dance and cognitive skills how did you begin developing and testing the MindLeaps programming?
It’s been a long process to build the curriculum that successfully correlates the dance movement with the real skills. At first, it happened very organically and we saw these kids changing. We saw these kids in the program becoming more independent and more confident, asking us how they could go to school, how they could start work and so we knew there was this change happening. From the dance classes all we could see were these kids transitioning from fighting, aggressive children into disciplined, organized students. Carnegie Mellon University has a branch in Rawanda and a couple of the researchers from that branch came and visited our program. We told them that many of the kids used to be so aggressive and now their behavior has truly transformed. They then asked us “how are you measuring this”? We told them that we have a movement rubric that we use that tells us how many times you have to discipline the child in class and how long it takes a kid to memorize a sequence of dance steps, etc. They decided to put a student team on our program for a year to build a software application that would capture that information and turn the info into an algorithm that would produce graphs that show those changes over time. Our relationship with Carnegie Mellon really established the methods we use now for development, testing and measuring of the program’s success. 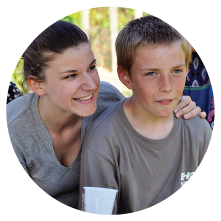 NJ: Previous to the establishment of MindLeaps did you work internationally on other education and artistry projects? What event or relationship inspired the establishment of the organization?
I started by running a dance company in Philadelphia which has now morphed into MindLeaps. The organization was formerly known as the Rebecca Davis Dance Company. The mission of the organization was to produce ballet productions about social issues. In 2008 we decided to create a ballet about the tragedies in Darfur and that started a research process for me in post conflict areas. What happens after a genocide was my main question. We received a lot of questions after the ballet about the conflict in Darfur and the current state of the area. With a background in dance I felt like I really needed to experience the social issue we were addressing. So, during our break from the professional dance schedule, I went on a trip to Rawanda. It was a possible for me to get there and get back safely and I basically went to observe the post conflict life style. There were many street kids that I had an opportunity to interact with and you know the whole cliche about how “kids in “Africa really love to dance”? Well, I was shocked at how true that cliche is. These kids really loved the thing that drives our organization here in the U.S. That truly inspired us to start projects working with kids who love dance in Africa and then over time in 2010 we got to the point where we thought, we would really allocate our funding and do three or four projects for kids in post conflict countries instead of one large show in the U.S. We started to shift over our resources and launched a new mission creating MindLeaps.

NJ: How do you select the communities you begin working in and how did MindLeaps land in the communities that you are currently working in?
We wanted to focus on post genocide countries. That is how Rawanda and Bosnia- Herzagovina got on the list, but we also established programs in places where the ethnic tension was destabilizing the youth like in New Guinea. The ultimate goal is education for these kids because having reconciliation isn’t going to be enough to stabilize themselves. Overall, the selection process for our programs is based on ethnic tension in communities. 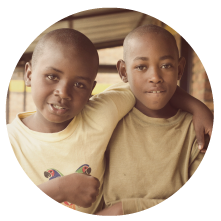 NJ: Do you seek to expand to other countries or domestically in North American communities?
We did a pilot program with recent immigrant kids in Atlanta. If we find a like population in the U.S., for example a recent immigrant community or a multi cultural community that loves dance we would definitely want to work in North America. I find that dance doesn’t have the same love here as it does in a continent like Africa. The element of the kids wanting to be there because it’s dance has to exist and beyond that it has to be a community that we can actually help leverage. We are not certain that such communities actually exist in full force here, but we are open to it if they do exist. 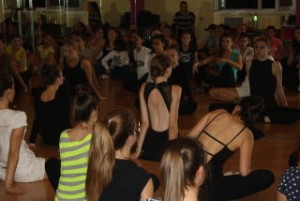 NJ: What elements of the programming seem to resonate with the kids and families that benefit from MindLeaps?
The families respond mostly to the fact that these children who are on the street start to want to come back home. They do not necessarily want to come back to their own families because often those are the people the children are running away from, but possibly to a close relative, a cousin or an aunt. The children start to come back to some sort of family and that’s because of the social change that happens in the program. Building back up their self esteem, they learn how to articulate their own needs and that puts them in a position where they can reach out to their family members again and feel successful and accepted. The behavioral transformation is what the families respond to the most. With the kids, I think it’s the fact that they feel like they have an anchor in their lives. These kids are just floating on the street trying to find a way to eat every day and there is nothing to stabilize their lives. We hear a lot of them say, “when I come to MindLeaps I have a place to go”, when I come to MindLeaps I know there will be people there who love me”. So I think it’s a stability factor for the kids.

The mission of MindLeaps is to fully and completely transition under served youth from a life on the streets to a stable life in school or in the workplace. MindLeaps students who graduate from boarding school break their own poverty cycle. The organization has seen time and time again that providing one African with a decent living salary results in him or her supporting an entire family as well as relatives and friends. Visit the organization on social media and learn more about supporting their programming by visiting the website.