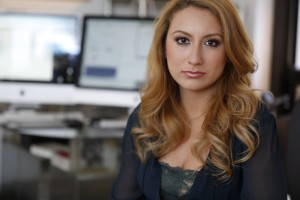 Young FLOBEL Advisor, Serena Dykman hit the ground running after graduation producing a variety of films ranging from short comedies to historical feature length documentaries. The NYU grad received her degree from the Tisch school of Film in the summer of 2015 and has gone on to establish her self as a prominent writer and producer in national and international film festival circuits. Serena is a “third-culture kid” born in Paris, and raised between London, Brussels, and New York. Her passion for travel has informed much of her work, and her interest in elephants has led to travels all across Asia. Her latest project is a feature transgenerational documentary entitled NANA about her grandmther, an Auschwitz survivor. Some of her past films include THE DOORMAN, WELCOME and BED BUGS & CO. Nectar News sat down with the young advisor to congratulate her on her success and learn more about her journey into professional film markets. 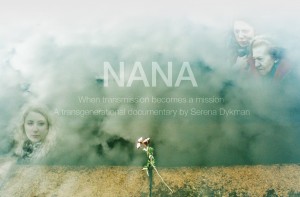 NN: You have such a diverse repertoire of work ranging from short comedic films to full length journey documentaries. Do you believe the diversity of your film matches your growth as a filmmaker or are all of these projects just concepts of yours that with time and support, you were finally able to produce?
SD: Each film I did was obviously very different. I think that the great thing about filmmaking is being able to do things that are so different. I really enjoy being able to make people laugh with what I make, but I also think that it’s such an important thing to be able to send a message with my work. Making a film is a great thing because, especially now a days with the internet… if you have something to say, it’s really not that hard to  get the message to everybody. So, on some level the diversity of my films is a reflection of where I am as a filmmaker but I think it’s more of a reflection of where I am in my own life. Now I’m interested in making a comedy, but I also have films that are really important to me like WELCOME which was a story about US immigration, and then NANA which is the story of my grandma who was an auschwitz survivor. Both very personal stories to me and I’m glad time has allowed me to produce them both but now it’s on to a new genre and a new adventure.
NN: Out of your latest, what was the most enjoyable project you worked on?
SD: The very special and unique thing about being a producer, director and writer … once you get into a project there is no real separation between your work and your private life. You start a project and it becomes your whole world. So I can’t say there is a project that was more enjoyable than the other, but I know I enter this whole new world every time I begin another film. One might be more fun than another. Sure, when I do a comedy, 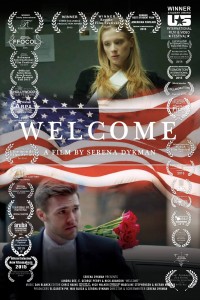 we start having those conversations with your crew that are related to the content in the script. In comparison to some of my other films that focus on events like the Holocaust (NANA) or the difficulties of immigration (WELCOME), THE DOORMAN was just about one of those realities in life you can laugh at. Nonetheless, each project is very enjoyable in the sense that it personally and professionally brings me a lot. It brings me something more as an artist and as a human being. It also teaches me a lot for the next project.

NN: What difficulties do you seem to run into every time you are working on, or finishing a film? 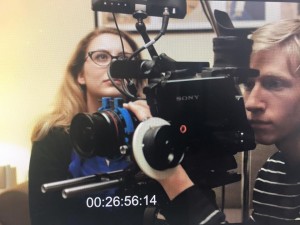 SD: There are so many difficulties that I run into every time. I think that filmmaking and problem solving are synonymous (laughing). Obviously, finding the funds to make a film, especially low budget independent movies…they are incredibly hard to fund. So that’s always one of the biggest problems that we run into. Also, when it comes to finishing a film, actually saying that it’s finished has always been hard for me.  There are more than a million ways to make a movie. You have the footage, you have the music, you have this you have that… there is literally a million ways that you can put it together. You can cut it a frame earlier, a frame later, and it would be a slightly different film or a drastically different film. To actually say the words, “it’s finished.. this is the way it’s going to be for the rest of life”, that’s very hard because it’s your baby. It’s something you’ve been working on for a year or more. Actually saying, this is what I’m going to show to the world… that’s terrifying to me (laughing). That’s always a personal difficulty of mine. to put my foot down, no more change..we’re done 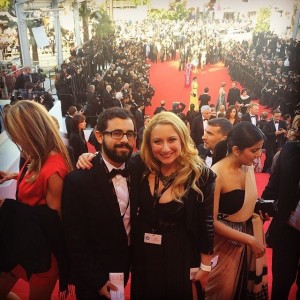 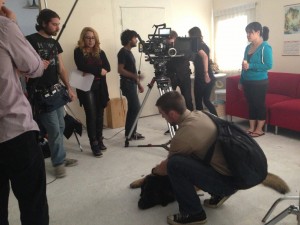 NN: What is your favorite part of the process when it comes to putting your film together (casting, rehearsals, filming, editing, etc.)
SD: I really enjoy casting for narrative films. If it’s a script I wrote especially, it’s the moment when all of the ideas in my head become real and tangible for the first time. Someone else, the casting agents , all of those people that I never met in my life, are putting their thoughts and ideas into interpreting my script in ways that I might not have thought of. For the first time it becomes real. It’s an incredible experience, and working with actors is also one of my favorite parts and something that I love very much coming from an acting background. I really do enjoy all parts of filmmaking. However now that I’m making a documentary, I don’t have any actors to work with and it’s a very different experience. It’s such a different process. The writing of the film is taking place in the editing room, so there is so much less pre-production and so much post production. It’s a completely different process and it’s very hard (chuckles). But it’s such a fascinating experience and sometimes very frustrating, but when you get somewhere… there are those days and those moments when you realize that things work. Out of the blue it works and that’s such an amazing feeling because as much as you can plan when you are making a movie, there are those things that are just… for lack of a better word.. they are just magic. That’s one of my favorite parts of making a movie, when something just works and no one saw it coming.
Serena has been awarded for many of her films which Nectar News has featured in past Nectar News articles. To learn more about her work, visit her website and social media pages.
WEBSITE
BED BUGS & CO.
NANA
WELCOME
Too Good