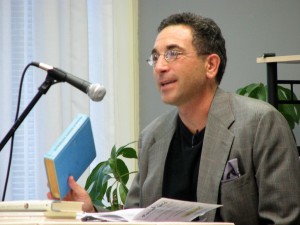 FLOBEL advisor Hank Kimmel, is an Atlanta-based attorney and playwright. Kimmel is a founding member of Working Title Playwrights,  a Georgia-based theatre company dedicated to the development of playwrights and new plays. He also serves on the board of Genesis Stage & Screen, which promotes plays and films with Jewish content. Hank’s law practice is primarily geared toward Alternative Dispute Resolution and he frequently mediates disputes related to divorce, real estate and non-profit management. He also serves as the Managing Partner of Turtle Bay House LLC, a New York-based real estate company that manages and owns residential and commercial real estate. This summer, Kimmel is presenting works that will engage audiences including excerpts from Confession of a Hit Man, the story of a paralyzed ex-football player who attempts to revise the past and instead is extended an offer that will either enrich or destroy his future. Father-Son Campout, a modern rendition of the binding (sacrifice) story from the Bible and Unbillable Hours, the story of a young attorney, who’s been trained to do as he’s told but then realizes he’s in a position to control the future.
JULY 19:  LA JOLLA, CA — On Friday night at 9:00 p.m., as part of the Dramatists Guild Conference Hank will have an excerpt read from Confessions of a Hit Man.
AUGUST 13 & 16:  TRUMBULL, CT.  As part of its Tribal Humor series, Hank’s one act play Father-Son Campout will be part of a reading series presented by the Temple Players.
AUGUST 12: ATLANTA:  At On Stage Atlanta, Hank will have a reading of Unbillable Hours as part of Working Title Playwrights On Demand series.