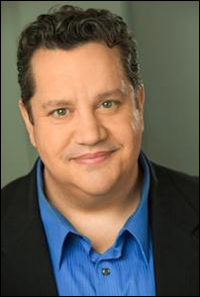 This past year Paul Vogt survived stage 4 lymphoma. He was in the hospital for a little over 9 months — 2 weeks at a time for an intense new chemo treatment. While he was going through cancer, he couldn’t make his illness public, which meant he couldn’t really ask for help… but don’t worry, this story has a HAPPY ending.

As of the 4th of April, Paul is at his ONE YEAR anniversary in recovery, and even though he returned to CHICAGO on Broadway for a short while after his treatment, not being able to work for nearly 10 months during his chemo has been financially (and emotionally) devastating. Tens of thousands of dollars in medical bills for past and continuing treatments — as you can well imagine — have made this year more than challenging. So now it’s time to put pride aside and ask our friends for help.

The best part is, once we’ve “caught up” and paid off all of the medical expenses and bills, we will “give back” by paying forward money that is collected here — sort of like an “ongoing fund” — to help other friends who have survived cancer and are now finding it hard to financially keep their heads above water.

I know you know that no matter where you are in life, something like this exceeds what anyone would prepare for and expect…and you should know your help is more than appreciated…and will not only help Paul, but whatever you can give will continue on to help others as well when we pay it forward.

Thanks for the help. Sending love.

CONTRIBUTE TO THE CAMPAIGN

Paul Vogt is an American actor and comedian best known for his work as a cast member on the sketch comedy programs MADtv, The Big Gay Sketch Show, and The Rerun Show. Paul also starred as Amos in Chicago on Broadway from 2014 to early winter 2015.