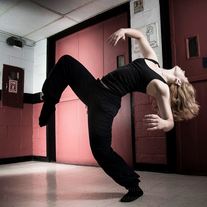 Sarah Zielinski, originally from Pittsburgh, PA, is now based in NYC as a performer, choreographer and Dance/Pilates Instructor. Zielinski is currently a third year company member of DAMAGEDANCE, an apprentice with ZviDance and the Development Director of Awakening Movement. Her past credits include: Les Troyen at the Metropolitan Opera choreographed By Doug Varone, The Wizard Of Oz National Tour and regional theatre performances of West Side Story (Anybodys), Mary Poppins (Featured Dancer), Thoroughly Modern Millie (Ensemble/Assistant Choreographer) and Starlight Express (Dance Captain/Swing) at Tuacahn Amphitheater. Sarah has also danced for Lorena Egan, the Sydney Schiff Dance Project at the NYC Fringe Festival and Caleb Teicher & Company. 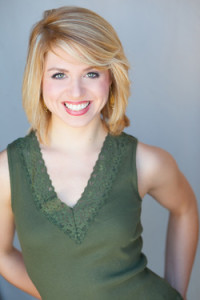 At Age 5, Sarah began dancing at A place near and dear to her heart, Vella Dance Studio. At Vella, Donna Grove and Jodi Welch took her under their wings and guided her deep passion for moving.

Teaching technique is important, but the heart of a dancer is sacred. – Sarah Zielinski

While in high school, music was a sure part of growing up as well.  Sarah began studying clarinet for 12 years and was a part of concert band and drum major of the marching band. She Is currently a teaching artist for the Unity Stage Theater Arts Action Program at elementary schools in Queens, NY and for the VannaEd Program through the 501(c)3 registered organization Javanna Productions M.O.V.E.

Continuing her training in her hometown of Pittsburgh, she then attended Point Park University where she graduated Summa Cum-Laude, received a BFA in dance, and was awarded the Academic Excellence Honor for the class. While at Point Park, Sarah had the privilege of working with Robert Battle, Francesca Harper, Ann Reinking, Kiesha Lalama, Doug Bentz, Jason McDole, Luke Murphy, Josh Manculich, Danielle Pavlik and H20. 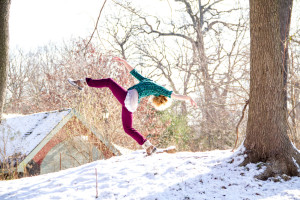 While in college, Sarah suffered a dance injury and underwent three surgeries. The recovery process steered her to the Pilates world and in 2010, Sarah became Mat Certified with Power Pilates. She is set to finish the equipment certification at the Kane School In NYC as a scholarship recipient this year. Zielinski’s classes are geared to challenge and equalize the mind, body and spirit. In addition, the classes focus on stability, strength and stretching, leaving the body relaxed and rejuvenated to brightly face the day.

Sarah is a member of AEA, CAEA and AGMA.