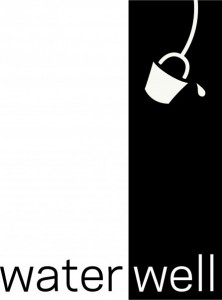 Waterwell is a New York based theater and education company that strives to create new works that entertain and enlighten. The company seeks to prove itself a vital presence in the lives of its audience by remaining always responsive. Responsive to the events affecting the world at large, responsive to changing modes of expression and responsive to the individuals attending the performance.

“Waterwell endeavors to cultivate the inherent danger in live performance to create an exciting and unpredictable event — an event pruned down to its irreducible elements. human being sharing a space and a story. Through that story … through the humor, sadness and hope it evokes”. – Arian Moayed

Tony award nominee Arian Moayed and Drama Desk Award nominee Tom Ridgley established the company in 2006 in an effort to empower audiences to change the world in which they live.

In addition to their company work,Waterwell is proud to be working with the Professional Performing Arts School (PPAS) heading the drama program for 6th to 12th graders. For nearly twenty years PPAS has nurtured a new generation of actors who have gone on to college conservatories and professional work in theater, television and film. Waterwell will be working side by side with PPAS to develop some of the best actors, creators and devisors in the American theater. To learn more about Waterwell visit their website and social media pages.