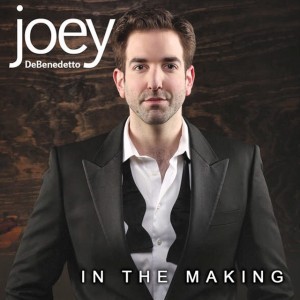 On Friday April 3rd, Joey DeBenedetto’s new album released on iTunes, Spotify, Amazon, CDBaby, Google Play and Rhapsody. DeBenedetto was born and raised in Las Vegas, Nevada and graduated from the Cincinnati College Conservatory of Music with a BFA in musical theater. Some of his musical theater credits include Les Miserables (Enjorlas), The Last Five Years (Jamie) and 1776 (Thomas Jefferson). Joey is also a professional vocalist for Japan’s Disney ON Classic and is showcasing his pop vocals in his newly released Album, In The Making. In The Making is DeBenedetto’s first album with guest vocals by Kristen Hertzenberg and Josh Strickland.

University of the Streets – Belmont Ave.