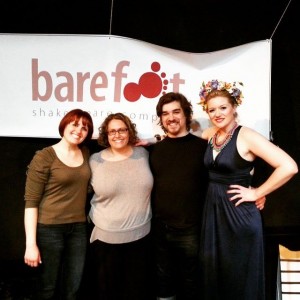 In an unrehearsed production the actors are assigned parts, but do not rehearse together. The first and only performance is the night of the show.  During the production, a stage manager acts as a referee and issues “fouls” for actors who miss a line, miss a cue, call for a line or don’t have a prop that’s referenced in the script. Actors who have three fouls in any one scene must wear a dunce cap and read from the script for the remainder of that scene. If the actor receives ten fouls he or she must read from the 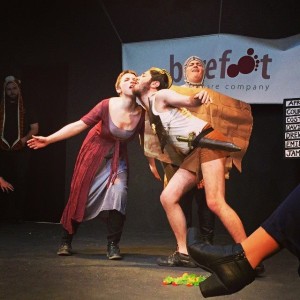 script for the remainder of the show. The audience is encouraged to place bets on which actors will foul the most. Funds raised will be used for Barefoot Shakespeare Company’s summer season of rehearsed productions.

All funds raised from Barefoot’s unrehearsed production of the Tempest will support the company’s summer season which includes free productions in Central Park. This summer, Barefoot will present Romeo & Juliet and Much Ado About Nothing. For more  information about Barefoot Shakespeare, visit the company’s website. 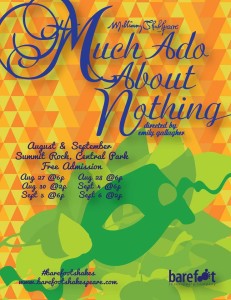 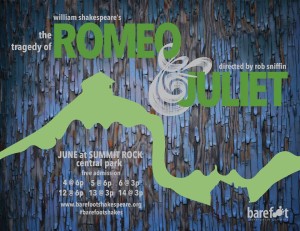