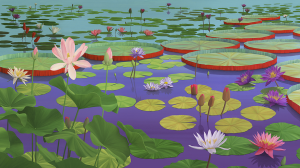 The Argentinian Consulate will present a solo exhibition of works by Robert Azank in the new year. His definitive still life and flower oil paintings have appeared several times at the Consulate and will be available for viewing throughout the month of January. Please join us for the opening on January 7th from 6:00 PM – 8:00 PM at the Consulate General of Argentina in New York. The exhibit is open Monday- Friday from 11:00 AM – 5:00 PM until January 29th, 2015.

Roberto Azank was born in Buenos Aires, Argentina in 1955; the grandson of an oil-on-canvas artist and the son of a master embroidery designer. In 1979, he moved to the United States where experimentation with various artistic forms and media led to his decision to pursue a career in the arts. As he continued to hone his craft, Azank began painting brightly colored abstract works in acrylics. By the late eighties, his style had evolved from abstract to figurative and he began painting in oils.

The four large paintings featured in the upcoming exhibition represent the newest development in Azank’s style. Nectar News obtained the following statement from the artist.

“For the first, perhaps the only time, these four canvases will be seen in a single room, something which I really wanted to show together. They will be accompanied by earlier examples of paintings featuring WaterLilies, the courtesy of several collectors and a unique opportunity to view the development of the “Lotus” theme in my work.”

For more information contact the artist at robertoazank@me.com and visit http://www.robertoazank.com