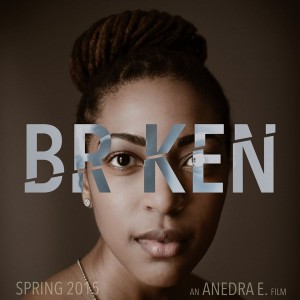 “My vision for my short film Broken is that it will assist in further discourse and dialogue on the larger societal causes of sex trafficking and its participants.I hope to provide another perspective about the real root of the problem and where it starts for the perpetrator. I will show audiences a different type of perpetrator since I focus on female sex traffickers who would commonly be seen as the victim in other films“.

Anedra Edwards is a full time graduate student at American University completing a Master of Fine Arts degree in Film and Electronic Media. She also completed her film education at one of the top film schools in the world, FAMU Academy in Prague, Czech Republic. Broken is her final film production for her masters degree at American University.

Follow the progress of her film production by visiting her social media pages.