Home › Social › Too Good › Being Americans 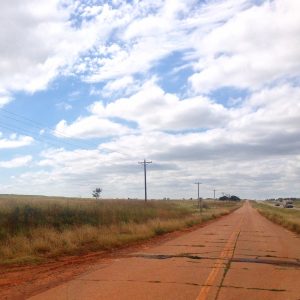 America is a big country and it takes many, many hours to cross it via windy, turny Route 66. Since September 5th, my friend, Mary Anne and I have been in a car together for hours on end, sharing cheap hotel rooms every night and braking to document the peculiar vernacular architecture of the American back roads between Chicago and Los Angeles. In turn our car is part of a larger group of about 65 motorcyclists who have organized this journey as a cancer fundraiser called “Ride For The Relay”. This biker group has negotiated group discounts on hotels and food so the overhead of our travel is minimal-in fact, it’s a brilliant way to travel across the country on a budget! It’s odd being one of only two cars on this rally but the bikers embrace Mary Anne and I as part of their club and we share most meals together as well as the road. There are some major discrepancies between my traveling companion, myself and the rest of the bikers: Mary Anne and I are the only drivers from the east coast, we don’t ride motorcycles, and we aren’t particularly religious. The average biker on the Ride for the Relay is Midwestern (Ohio, Illinois and Michigan are popular states of origin) and each morning we say a prayer to “bless the bikes”. However we all have some important things in common: all the participants are over 50, we all care about small town America and every one of us has had our lives touched by cancer. 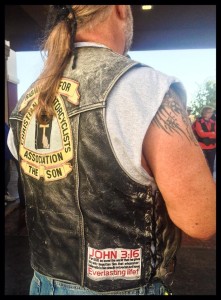 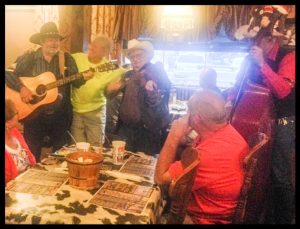 To this end, the fundraising generated by our “rally” and cross country drive has topped $35,000 for the American Cancer Society. Every dollar of this fundraiser has been generously given by hundreds of people who also know the pain of cancer. Because of our fundraising mission, this community of travelers are extremely kind to one another and any cultural differences between us are graciously overlooked. Mary Anne and I are affectionately teased as the only New Yorkers on the trip and in turn, she and I sincerely pray each morning with the group before we hit the road. We all avoid hot button topics like gun control, Afghanistan, President Obama, marriage equality, religion and instead focus on the commonalities of being Americans and the admiration we all share for our particular (and peculiar) culture. On Route 66, we encounter many foreign tourists – some in buses, some on bikes or rented cars, and their excitement for the US is contagious! From homemade pecan pie in a vintage diner to a big sky over an endless cow studded plain, the quintessential America is simply beautiful and perfect. I am starting to understand why the world admires our culture.