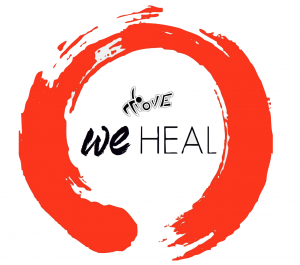 We Heal is an arts in education movement administered daily in New York, Utah & Florida by Javanna Productions M.O.V.E. (Motivation Opportunity Vision Entertainment), that challenges students of all ages to think critically about the social issues that tear our communities apart. Javanna Productions M.O.V.E. is a 501(c)3 non-profit production company that provides community members with the resources to give back to their communities creatively. The non-profit administers several movements for a variety of causes throughout the year (Autism, Cancer Research, Celiac Disease, Substance Abuse) delegating community service tasks to young people and artists in 16 national chapter states. We Heal is the most recently established effort in which students learn about racism, discrimination, intolerance, bigotry, oppression and prejudice in intergenerational We Heal workshops. The students in this pilot program meet at the Professional Performing Arts School in midtown NY daily in an effort to produce weekly artistic and political projects that contribute to the healing of our nation. 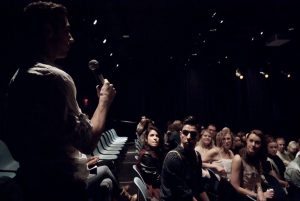 Professionals from all industries are encouraged to visit the program’s schedule online and apply to participate in We Heal workshops at their convenience on weekdays from 4:00 PM – 7:00 PM from May 9th until  August 6th, 2016. Applications can be sent to vannatour@gmail.com. The intergenerational classroom structure calls for all participants to serve as “peer to peer” teachers, sharing their experiences and ideas about the key social issues addressed in the civic learning program. For their first project, We Heal students have initiated a petition that challenges each presidential candidate to share their plans for the improvement of civic behavior in America. In partnership with influential companies and community members nationwide, the students seek to attain 10,000 signatures by mid July. Founder of Nectar News, Dan Schneider, who is also the Executive Director of the Florence Belsky Charitable Foundation, Inc. (publisher of Nectar News) sat down with the head administrator of the We Heal program, Nicole Javanna  Johnson, to learn more about the goals of the We Heal movement. (note: Nicole Johnson is also the editor of Nectar News).

DS: What was the genesis of this idea and program?

NJ: Earlier this spring The Professional Performing Arts High School was picketed by the Westboro Baptist Church. I wasn’t in New York during the protest but an announcement about the event was circulating on social media. PPAS is my alma mater and I produced my first M.O.V.E. show on the school’s MainStage back in 2009. The school is very important to me and when Westboro decided to protest I was ready to respond. Westboro Baptist Church is known for their provocative anti-LGBTQ rhetoric and frequent protesting of funerals across the nation. I actually visited the “church” back in 2012. That same year I was producing a show called “OUTED” in which we addressed the tension between certain churches and LGBTQ communities. Westboro Baptist Church protests were receiving a lot of media coverage in 2012 and while thinking often about the mission of our show, I took a lot of time to research their history. Being a Christian myself, I truly couldn’t find the reasoning behind their actions in relationship to the doctrine that we share, but I was on a mission to ease the tension between communities so I tried to serve as a mediator.

I had previously booked a touring performance contract as a dancer soon after my production of “OUTED” and we were headed to the midwest! So, one Sunday morning when I had a day off from the show, I traveled over to Westboro Baptist Church for the 10:00 AM services listed on their website. When I arrived, I knocked on the door. Two other people who were not members of Westboro arrived, probably led by the same curiosity. After knocking on the door about five times I concluded that Westboro was not actually a church. So I sat outside on the curb for about an hour waiting for something to happen.

Eventually someone walked up to the door and stood outside waiting. He seemed to be a member. We walked up to the man and began asking him about the 10:00 AM service. He stumbled through a couple of our questions a bit confused by our presence. By then it was probably 11:15 AM. We walked away from the door and he was let inside by another member. Another one of us stepped up to the church and knocked again. This time an older man maybe about 45 or 50 came to the door. We asked him the same question. “Is there going to be a service today”? He said “no, you missed it” and then he said we should leave. 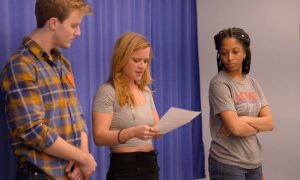 In the end, there is no parking lot at Westboro for visitors to park their cars, there aren’t any people standing outside to greet you for service and they have a different agenda in my opinion. I figured that was the end of it back in 2012, but you can imagine how excited I was when Westboro decided to come and picket PPAS, my old high school! So I jumped on a flight visited PPAS and spoke with kids about the day the protest happened. Who knows how many students were hurt by the protest but I felt like it was an unnecessary and possibly a very traumatic experience for many of them, especially those who are struggling with their sexuality, faith and/or both. After hearing their eye witness reactions and stories MOVERS from my organization got together to host a community meeting. We invited a New York Civil Liberties Union attorney to answer questions about the legality of the protest and we organized to come up with our next steps. Basically, this civic learning program and the many projects we will produce in the next three month are products of my experience with Westboro over the past four years.

DS: What are your goals and hopes for the program?

NJ: The program is designed to create opportunities for dialogue that require mutual understanding, compromise and civil communication. We hope to prepare community members for conversations in every day life in which they will be forced to 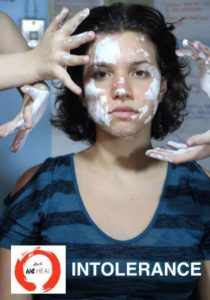 communicate with people who disagree with them on hard issues. We also want to encourage people to think critically about our six key social issues (racism, intolerance, oppression, discrimination, prejudice and bigotry) in an effort to get down to the bottom of why our communities are experiencing such tension. I believe the change starts with us and when we can effectively showcase how we’ve been changed through our communication and self-education we can serve as an example for the rest of the nation.

DS: How do you feel Millennials differ politically from the older generations?

NJ:  I can’t group all Millennials into one mindset, but as an artist that has ventured off into marketing and business I would say that there is a large spectrum that Millennials fall in respect to their political/civic engagement. I have plenty of friends who are active in political conversations, several who don’t put politics on the top of their priority list and large number of friends who fall somewhere in between. In comparison to older generations, I believe overall we are less informed. There is a lack of education regarding civic responsibility that I believe older generations may appreciate more. I do believe, in a time where people were fighting for the right to vote, and for civil liberties in the 1960’s and 1970’s many people were eager to be a part of the political conversation. Now, I think across the generational divide, many people are surprisingly taking a step back from the political conversation. It seems too treacherous or scary to many people, and they choose not to engage. Many are disillusioned and frustrated with the entire system and feel disenfranchised and cynical. The rise of outsiders like Donald Trump and Bernie Sanders on the national stage, is evidence of this trend. Many young people are upset at the lack of civility in Congress and between the major political parties and their leaders. Many Millennials have huge student debts and are having difficulty finding good jobs. Many just sit and spectate, which is unfortunate because politics have so much influence on our every day lives. 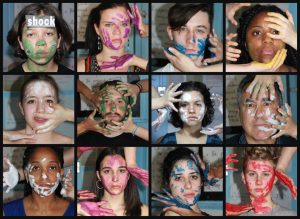 DS: Why does the petition target CNN? What other media outlets would you like to see involved in this database?

NJ: CNN has a history of allowing the public to become a part of the mainstream political conversation especially during election season. In 2007, CNN began the Youtube Presidential Debates where citizens are given the opportunity to submit questions for the candidates over the internet and youtube videos. Although it received pushback, I truly admire the effort and the implementation of an idea that includes the people in mainstream news conversations. In addition, CNN Heroes is one of  my favorite network programs that celebrates civic behavior and community service, and several of the broadcast journalists on the show have showcased their desire to distribute news from a variety of perspectives so that the viewers can make choices and develop opinions on their own. We also feel like the network is the most approachable entity for a project of this sort but we are open to reaching out to other networks. Networks like MTV and Vice Media are also of interest so that we can effectively reach out to people our age about these issues and encourage them to be a part of the political conversation by voting. Overall, The petition is an exercise for the participants involved in the the We Heal program. No matter the outcome, it’s all about the process and we are all learning as we go.

We Heal meets at the Professional Performing Arts School 328 West 48th St. on weekdays between 4:00 PM – 7:00 PM from May 9th until August 6th, 2016. To learn more, visit the program’s website and social media pages or contact Nicole Johnson at nicole.johnson1306@gmail.com

Nicole Javanna Johnson is a graduate of NYU with a Bachelor’s degree in Ethics, Management & Production in the Arts. As Creative Director of Javanna Productions, Nicole provides artists with the resources, funding and platforms that are needed to produce socially responsible artistic films, shows, galleries, programs, events and fundraisers. Annually, Javanna Productions presents a community driven effort entitled M.O.V.E. (Motivation Opportunity Vision Entertainment). In this assembly, members are encouraged to produce artistic pieces and events (films, visual art, performance art, music, spoken word, classes, workshops) that raise funds and awareness for a variety of social issues, causes and non-profit advocacy programs. Nicole is currently pursuing her Master’s in Education Law and is a member of SAG-AFTRA and AEA.