FLOBEL ADVISOR MARK ASOFSKY ; LEADING THE BOARD OF DEVELOPING CRADLE TO GRADUATION PROGRAM 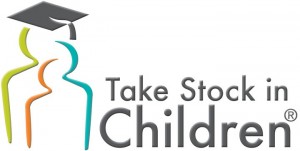 Take Stock in Children, Inc. (TSIC) is a non-profit organization that seeks to break the cycle of poverty for low-income students who are academically qualified. In an effort to achieve this mission, TSIC provides students with opportunities for a post-secondary education, college scholarships and caring volunteer mentors to instill hope for a better life. The organization’s comprehensive services begin in middle school, continue through high school and include a student’s transition into college and career. 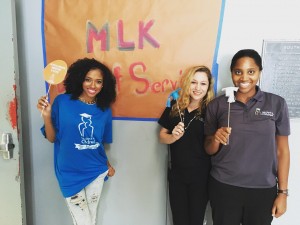 Take Stock in Children was founded in the early 1990s to combat a troubling and persistent dropout rate that plagued the public school system in Tampa. Created by a local education foundation with the backing of concerned community leaders, the initiative sought to give high-potential, low-income students the resources they needed to graduate from high school, go to college, and “set their course of life,” says Don Pemberton, Take Stock in Children’s founder. “We were looking to be transformative”. From the outset, the program was elegantly simple. It recruited participants in middle school, early enough in their lives to make a difference; it provided scholars with adult mentors; and the program carefully monitored students’ progress. Take Stock in Children emphasized responsibility and accountability among students, their parents and mentors.

The program was inclusive and intensely local, bringing together not only students and school personnel, but outside volunteers, philanthropists, religious groups, civic organizations, the social-services sector and for-profit businesses. The idea was to “engage all facets of the community,” Pemberton says. It succeeded. 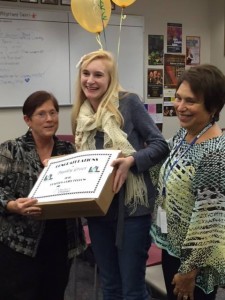 In 1995, the Tampa program served 500 students, and businesses took notice, recognizing Take Stock’s potential as a tool for building a more educated workforce. Among other firms, Florida’s largest bank urged the program to expand. Within a year, Take Stock in Children had autonomous affiliate programs – franchises essentially – in every Florida county. The simplicity and flexibility of the program and its emphasis on local control helped it to thrive in diverse environments. Nearly two decades since Take Stock in Children became a statewide program, it has served more than 24,000 low-income, at-risk children.

Take Stock In Children produced a small documentary in 2015 that introduces viewers to many of the board members, staff, participating mentors and students of the TSIC program. Learn more by watching the video and visiting the organization’s website. WEBSITE
FACEBOOK