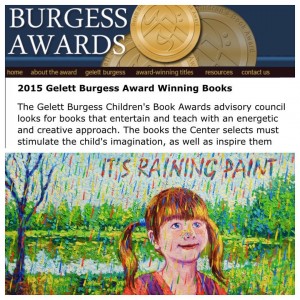 Justin Drazin, FLOBEL Advisor and children’s book author, recently received the Gelett Burgess Award for his 2014 published children’s book, It’s Raining Paint. The award winning story is a whimsical tale about recognizing the beauty that surrounds you each and every day. This wonderful book takes “Little Laney” through the excitement of the sky raining incredible colors of paint, just before the weather quickly changes. Justin is also author of Albert and the Amazing Pillow Monsters and Grandma and the Groundhog. Purchase It’s Raining Paint on Amazon and learn more about Justin Drazin by following him on Twitter. This week, Nectar News sat down with Drazin to discuss his passion for children’s literature and his expectations for the book. 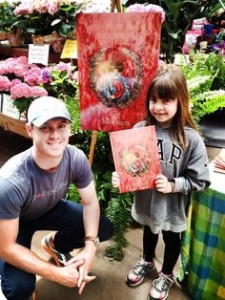 NN: What do you hope young readers take away from your books?

JD: I think a lot of what was traditionally taught through children’s books is lost on kids today. If it is not lost, it is wrapped up in the mayhem of video games, apps, and all things that can be programmed into an e-reader or iPad by parents who escape by replacing the essentials of growing up with technology. I want young readers to enjoy my stories. I want them to rush up to their rooms when their parents tell them it is bedtime, so they can grab their favorite book and fall asleep to the rhyming words that bring them into an amazing dream world. I want to children’s minds to get lost with imagination and creativity the same way they do when they turn pillows or cardboard boxes into forts or dungeons or castles. A young mind is an incredible thing and I hope my stories can stand as more than just a few words with pretty illustrations. I want them to be building blocks for their untapped and limitless potential.

NN: Can you tell us about your passion for children’s literature?

JD: When I was young, I was terrified of the dark. I would spend countless nights tossing and turning from side to side of my bed to make sure that no one or nothing was watching or waiting for me to close my eyes and fall asleep. I remember some nights not sleeping at all. Then I found a book that really helped me cope with my night terror and I would read it every night to assure myself that everything was fine and that going to sleep was not the traumatic experience I believed it to be for so long.

Nearly twenty years passed between those nights and my first title, Albert and the Amazing Pillow Monsters. I thought of the idea late one night during the dreary state of my mind telling me that it was hopelessly tired and my eyes fighting back the pressure to close. It was a small idea that continued to grow and grow until I had a rhythmic tale that I thought could help kids the way that I had been helped years before. There it was…twenty years of unknowing preparation and the moment it all clicked: I wanted to help put smiles on the faces of fearful children the same way I had been helped. 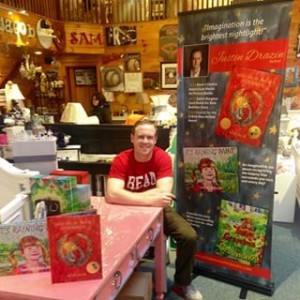 NN: How did you and your illustrator work together to create the final award winning product?

JD: My illustrator is not only a phenomenal artist, but an amazing person. Vladimir Illievski could recreate the ceiling of the Sistene Chapel or Monet’s Water Lillies, and I just happened to find him in through a job posting and a few samples from his portfolio. My grandmother is an artist and one of the biggest fans of my books and it is critically important to me that the art represents the story to the same standard my grandmother would expect. Vladimir is a world-class artist and I know that his work in my book will be one of my most prized possessions for the rest of my life. He understood my image and brought my words to life in a way that only he could. I think we have developed a great working relationship and a great friendship over the past two years and I can’t wait to finish another story, so that he can work his magic all over again.
Too Good