Home › Too Good › Happiness in the Simple and the Mundane

HAPPINESS IN THE SIMPLE AND THE MUNDANE 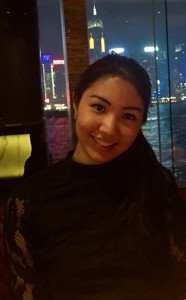 When asked what we want in life, most of us want to be happy. We want to acquire enough money to fulfill our basic needs to pay for things such as medical bills, food, rent and leisure activities. We might even go further to want to have enough money to eliminate thinking about money at all. Since money is the common currency for goods, why would we not want more? That way we can do whatever we want to seek full pleasure and in that way, we could be happy. But is happiness really what we are after? The Danes tells us otherwise. Denmark was declared by numerous charts to be the happiest country in the world. But the real secret to their happiness is their social welfare and their gratuitous attitude. Their happiness stems from contentment.

When speaking of happiness, it is important to first discuss the differences between happiness and contentment. Happiness is a transitory emotion that produces heightened positive emotions; it is deeply linked to the concept of pleasure. There is even an evolutionary explanation to happiness in which it aids our survival instincts. The immediate gratification of happiness creates a positive reinforcement to things that will satisfy us; for instance, an abundance of things that serves our basic needs or the abundance of pleasurable activities. No doubt we seek it so much since it produces positive hormones that make our body crave: dopamine, serotonin, oxytocin and endorphins. Humans are creatures of immediate gratification since it provides us with instant pleasure and happiness to fulfill our immediate survival mentality. However, not all of our desires for pleasure and happiness are necessarily good for us in the long term. Therefore, what we may want is contentment: long term satisfaction and stability in life that would lead to many episodes of happiness – at least that is what primarily contributes to the Dane’s happiness factor. Let’s explore why they are so content! 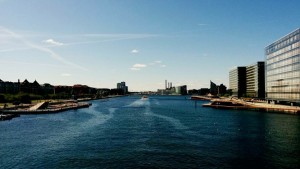 When I first applied to study abroad in Denmark, my expectations were flying through the roof. I thought to myself, “the country with the happiest people, huh? It must be very different, lively and beyond everything imaginable.” After arriving, all I see are quiet introverts walking around with all black clothing. It is definitely not a smiley land; everyone wants huge amount of personal space and they go about their business as if they don’t want to interact. In fact, in this country there is no word for the American term “excuse me”. When you are sitting on the window seat of a bus, you must  move your body in a manner that does not touch them, yet lets them know that you want to get off. Definitely depressing first impressions. But this is to prove that you do not have to be smiley and out-going all the time to be able to call yourself “happy”. Danish people are actually very kind and friendly if you get to know them. A family even drove me 30 minutes home when I lost my way during first week. I mean, where else do you get that? The Danes are just very shy at first because they are very homogeneous. But homogeneity is one of their secrets: it assures that their society does not support the “few have too much, and fewer too little” system. In fact, everyone is generally equal, at least in terms of getting basic needs.

On average each person pays around 48-56% of income tax, but the benefit from the tax is much more. The Danes trust that the government will spend their tax money into the right sector and that they will receive even better social welfare in comparison to how much tax they pay. They get free health care, free education up to a university level and even a monthly stipend from the government once a citizen turns 18. Over 20% of the population does not work due to unemployment or disability, yet each of those individuals receive a generous amount of benefits. You can receive up to 90% of the previous wages up to two years under the unemployment period. The Danes developed a system called “flexicurity,” which combines the ability for companies to fire people with short notice and the security net that ensures the workers will have support during unemployment periods. Therefore, the Danes have the safety assurance that they can always fall back on, no matter how bad circumstances become. In addition, there is a large middle class population and thus minimal income discrepancy between the individuals within the entire population relative to the rest of the world. As a result, this generates homogeneity amongst the Danes, where everyone pays more or less the same tax, and is guaranteed standardized free health care, education and compensations for unemployment. Since there is a guarantee that everyone will be able to have their basic needs met, crime and violence also decline respectively. After all, there is not much that one cannot be satisfied with. 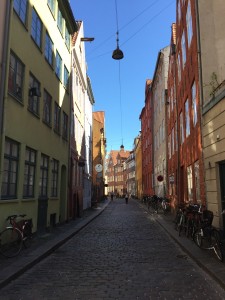 After losing more than six wars, Denmark developed the mentality to turn the outward loss into inward gains. This means that they worked even harder to become self-sufficient and appreciate what little they had left. This mentality still continues to this day where the Danes still work hard but they also know when to stop. According to social psychology research, one’s happiness only increases by 1% after a certain level of income is achieved.  The Danes have made use of this research and have become satisfied with standard housing and the amount of material things they own. Therefore, there is no immediate need to strive for a grandiose and a luxurious lifestyle. The Danes just appreciate how much tax they pay and the social welfare that they benefit from it, allowing them to be very content with their life. 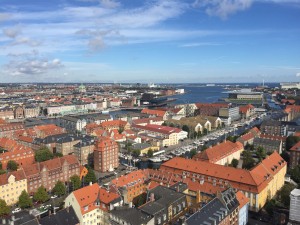 Maybe the secret to happiness is not to have the most fancy, vivacious life but rather being satisfied with having basic needs met as well as being able to trust the government and the rest of the citizen body to do their part in ensuring that there are equal benefits for everyone. We can all learn from the Danes to improve our own government system. In addition to adopting our own life mentality, enjoying what we have and working towards our goals based on inner values we can expect the government to support us with our basic needs as a foundation for everyone to be able to attain the “American Dream”.

Araya is in her third year at Wesleyan, majoring in psychology and minoring in social, cultural critical theory and civic engagement.