A QUEEN FOR A DAY

Jackson Leonard Productions in association with Steve Acunto and FLOBEL Advisor Ric Zivic, will present the World Premiere of Michael Ricigliano Jr.’s A QUEEN FOR A DAY directed by John Gould Rubin, beginning on April 14. A Queen for a Day will open on May 3 and run through July 26 at Theatre at St. Clement’s (423 West 46 Street). Tickets are $49-$99 and can be purchased by visiting www.AQueenForADayPlay.com, or by calling Ovationtix (866) 811-4111.Set in an abandoned warehouse, Giovanni (David Proval) is a respected “made-man” forced into a difficult position.
Torn between love, loyalty and survival, he is asked to give up his crime boss brother, as part of a one day immunity deal also known as a “Queen for a Day.” Michael Ricigliano Jr.’s new play, A Queen for a Day offers a glimpse into a world where loyalty is prized above all and there is nothing anyone would not do to protect their family.Cast includes: David Deblinger (“Broad City,” “The Sopranos,” Kiss Me Guido), Portia (Film: The Sunshine Deli, Grocery) and David Proval (“The Sopranos,” “Picket Fences Film: Mean Streets, The Shawshank Redemption,”). Creative team includes: Andreea Mincic (Set Designer), Bobby Tilley (Costume Designer), Isabella F. Byrd (Lighting Designer), Leon Rothenberg (Sound Designer), Libby Jensen (Production Manager), Erin Cass (Stage Manager) and Cheryl Dennis(General Manager). 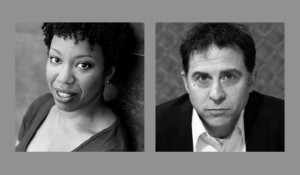