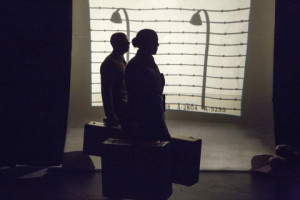 Zwerge is based on the true story of a family of seven dwarves who survived the Holocaust. Co-creaters Deborah Hertzberg & Jean Marie Keevins developed the piece in part at the National Puppetry Conference at The Eugene O’Neill Theater Center, and in August of 2014, Little Shadow Productions presented Zwerge at Dixon Place in New York. 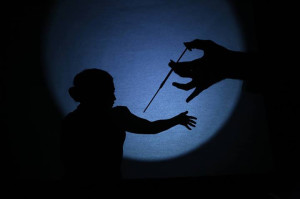 ​When I first learned about the Ovitz family, a real life family of seven dwarves that survived Auschwitz, I was shocked. I assumed that the similarities between the survival story of the Ovitz family and the classic Grimm Brother’s tale Snow White and the Seven Dwarves ended with the title. However, as I came to understand more about the Ovitz family’s journey to liberation I began to see a number of correlations with the popular fairy tale. Zwerge will explore the themes, character types and big questions that these two stories share in common.  This original play is only possible because of the dedication of Deb Hertzberg and Jean Marie Keevins who spent years gathering photographs, medical records and interviews. The story has already gone through a number of developments and I hope to build upon what they have created to craft a story that is challenging, moving and respectful of both the material and our audience. Learn more about Zwerge on the Little Shadow Production website. 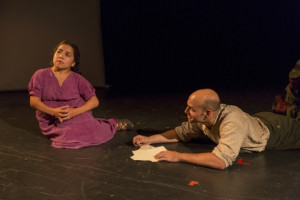