VOXE.ORG is a new online platform for politics that seeks to create “new ways of democratic involvement for all”. The VOXE.ORG team is on a mission to provide citizens worldwide with the most neutral and relevant information on election candidate proposals in an effort to enable a healthy debate amongst citizens.

” We believe in the power of technology to improve democracy”.

The online platform allows users to COMPARE and choose a candidate according to their ideas, DEBATE with other users via a public comment application and CONTRIBUTE to the database due to its open and collaborative platform. Those who utilize the website can also become a democracy ambassador and join teams of young ambassadors worldwide.

VOXE.ORG is present in 12 countries and informs citizens about their candidate options around election time. In addition, the website uses its international presence to develop communities of local volunteers, and fosters a much needed opportunity for cultural diplomacy by allowing users to freely explore the international database of political candidates. Led by Leonore De Roquefeuil, a team of political enthusiasts established the website on February 2012. In 2014, the VOXE.ORG team covered 16 elections in France and abroad garnering a massive following including 6 million page views, 3 million comparisons, 1.7 million visitors and 50,000 mobile app downloads. 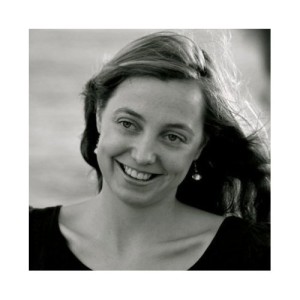 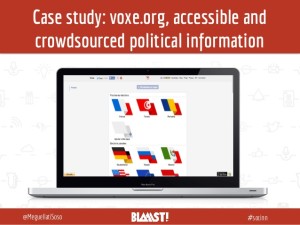