Gordon At The Broadway Comedy Club 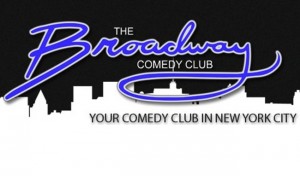 Marcy J. Gordon, I Can Still Do That Advisor and corporate attorney turned comedienne, will appear at the Broadway Comedy Club on Tuesday February 3rd. Gordon has been trying to escape the practice of law for nearly 30 years. To keep sane, she writes songs, plays a variety of instruments, performs psychic readings and writes jokes.

On February 3rd, Gordon’s wit and humor will be on display at 7:00 pm downstairs in the big room at the Broadway Comedy Club, 318 W. 53rd Street in Manhattan (between 8th and 9th Avenue). Two-drink minimum and some really funny comics.

Marcy J. Gordon is a highly experienced attorney with many years of providing sound business advice and strategy to her clients. Marcy has a broad range of experience as an attorney, entrepreneur, project manager and technology procurement professional. Marcy’s advice has saved her clients untold amounts in time as well as money. Marcy has advised start-ups as well as major Wall Street financial services firms. Marcy has been a computer consultant, software developer, technical writer and software entrepreneur. She has advised and participated in major business transactions, including a $4-billion asset sale. Marcy has a proven ability to win client loyalty. Even while working as an attorney, clients repeatedly came to her for business advice and strategy. Marcy has been an attorney at Commodore Business Machines, Prodigy, Globix, Merril Lynch, Shearson Lehman Brothers, Lehman Brothers, Bear Stearns and UBS, as well as at an intellectual property/technology boutique firm (Brown, Raysman & Millstein) and a major law firm (Sonnenschein, Nath & Rosenthal). She has represented buyers and sellers, and did a legal internship with a defense contractor, negotiating US government contracts. Marcy has done a variety of techology, licensing, and general goods and services contracts, including major outsourcing arrangements and telecommunications agreements. In addition, she has done trademark work, advertising agreements, construction contracts, utility contracts, HR agreements and a variety of data services agreements in the financial services industry. Marcy is admitted to practice in Pennsylvania and New York.